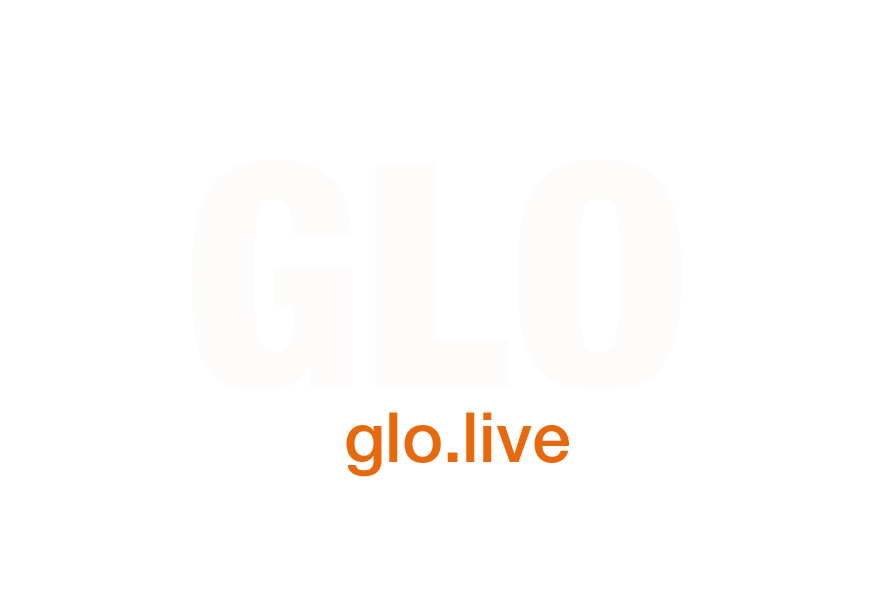 Event Video filming is now standard for most conferences and clients commonly opt for a highlights film or a recording of the presentations for on-demand viewing. In this blog post you will learn some top tips for organising an event video and working with an event video production company.

1. Think how you want to use the film

Will the film be an on-demand recording of the event? Will the client use the film to showcase their conference? Will it be used to recruit exhibitors, delegates, presenters for next year? Is it a bit of everything?

These questions allow your event video production company to crew-up and spec the correct equipment for the shoot. They will also be able to prioritise, for instance, to interview exhibitors before they pack up, often quite early in the day.

A good brief for the video producer allows them to capture the footage that is important for you and the client. Equally important is to decide on what they don’t need to film. For instance, if you decide that the entire session does not need to be recorded, the video producer can float about capturing nice angles and audience shots, which will be more use in a highlights film.

2. Provide your event video company with an agenda

Having the final agenda as early as possible allows your video producer to plan the days activities and to highlight any points which might be tricky to capture. They will use the running order as a shoot list on the day. 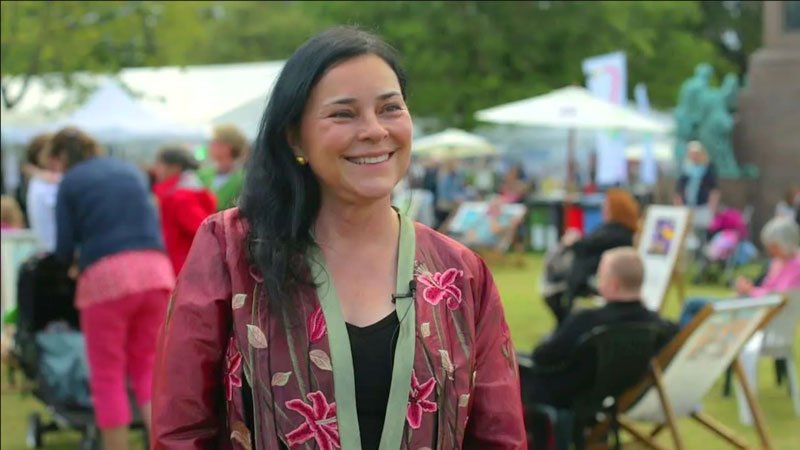 3. Inform presenters and delegates that they will be filmed

Delegates may not want to appear in a film, however briefly and sometimes presenters might have copyrighted or confidential information which they will not want recorded and distributed. Let your video production company know and they will make sure that these are not included in any recordings.

It’s also worth getting email confirmation that the presenters are happy to be filmed. If it’s a highlights film, it might be worth telling them that their entire presentation will not be recorded and that any filming will only be for snippets in the finished film. This may help the presenters relax a bit when they see a camera in the room.

4. Schedule time for interviews and vox-pops

Interviews and vox-pops often form the backbone of any event video and because of this, must not be an after-thought. For more formal interviews, give the interview subjects a time slot with a buffer for change-over and possible over-runs. Make sure your film crew have time to get to where the filming is to take place and if lighting and mics have to be rigged, consider allowing for more crew to do this as your camera man might be busy filming sessions. If most interviews run over lunch time, make sure your film crew get fed as it’s often a long day, particularly if presentations are also recorded.

If you only have one video crew on the event, it’s a good idea to assign someone to conduct the interviews. This allows the camera person to concentrate on getting the right shot and to keep focus and correct audio levels during the interview. With modern shallow depth of field cameras, it’s very easy for the subject to step out of focus, rendering the interview useless.

6. Find a room for formal interviews

Sometimes the hustle and bustle of an exhibition can be the perfect backdrop for interviews and vox pops. However, more formal interviews can require a quiet setting and a bit of extra time. In this case we recommend using a room and a studio lighting setup with perhaps some branding as the backdrop. Remember, that time or extra crew might have to be allocated for this as it takes the video operator away from the rest of the event. 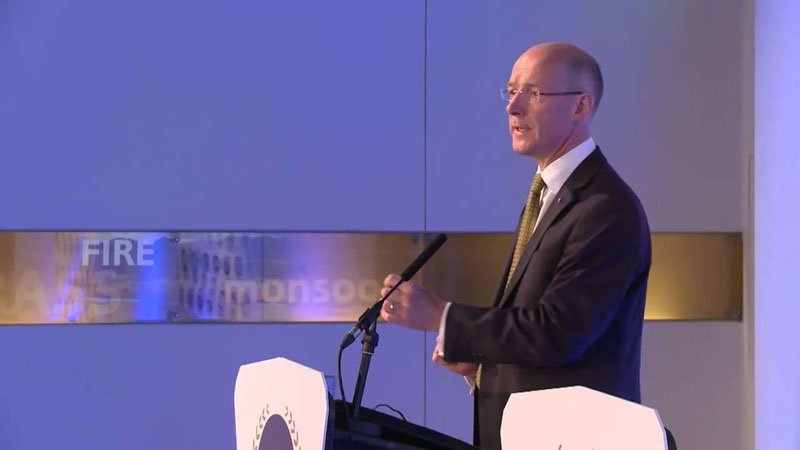 7. Schedule some time to watch the rushes
The most effective videos are those where you or the client has had a say in the end product. Schedule and budget for some time to go over the rough cut and all the captured interviews, to select the ones that really matter and discard ones that might not work as well. We quite often give time coded rough cuts of all interviews and get back a short list of ‘must have’ clips which we will include in the final film.

For more information and a chat about your event video plans, please contact Arran on [email protected] or 07825 339 657. 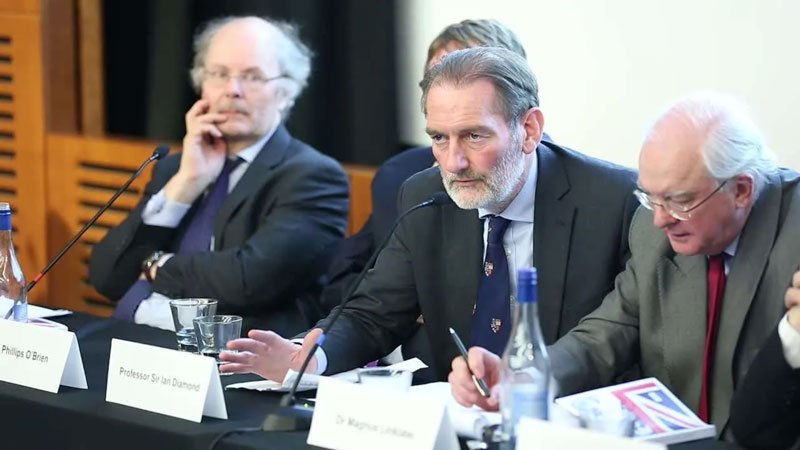 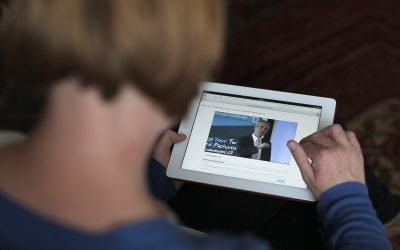 The main benefit of doing live webcasts or webinars is the ability to include an online audience.

END_OF_DOCUMENT_TOKEN_TO_BE_REPLACED 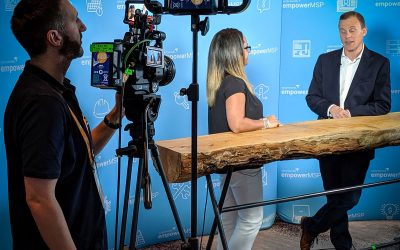 As event video is becoming more and more important for conference clients, GloCast is at hand to assist with a range of requirements.

END_OF_DOCUMENT_TOKEN_TO_BE_REPLACED 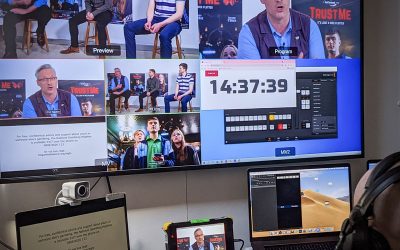 As a webinar production company, we recommend the following for a smooth running live webinar / virtual presentation

END_OF_DOCUMENT_TOKEN_TO_BE_REPLACED

Benefits of using more than one camera for your event video

Using more than one camera to film your live event adds a lot to the final production.

END_OF_DOCUMENT_TOKEN_TO_BE_REPLACED 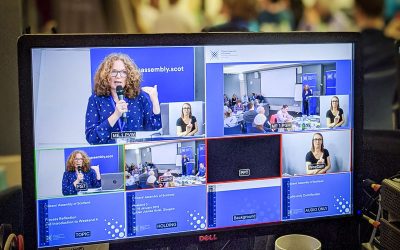 Hosting an event to watch a live stream? – How to show a live webcast to an audience

This is a short guide on how to technically set up one of these interactive webcast viewing events.

END_OF_DOCUMENT_TOKEN_TO_BE_REPLACED 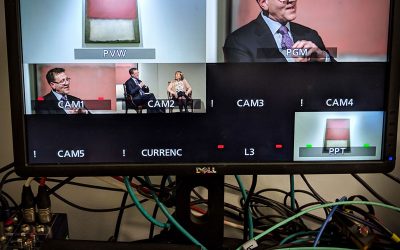 Live Streaming | The importance of a site visit

By doing a site visit, we (and our clients) can be fully confident that the stream will go smoothly on the day of the event.

END_OF_DOCUMENT_TOKEN_TO_BE_REPLACED

Let our team capture significant moments from your event and create a short video montage.
It's the perfect tool to use for any future promotional activity!